How the Vermont Medical Society was founded.

On the 27th of October, 1784, the General Assembly of Vermont passed an act incorporating seventeen physicians from Rutland and Bennington counties into the “First Medical Society of Vermont” at a time when Vermont was an independent republic with its territory claimed both by New York and New Hampshire.

The “Second Medical Society” was formed in Windham in 1794. On the 29th of December, 1803, nine physician of the Chittenden County area met in Essex to establish a medical society which was then chartered as the “Third Medical Society.” This group met quarterly, keeping a record of its activities until 1815. When the State Society was formed, it dissolved to become the Chittenden County Society within the framework of the state organization.

The act to incorporate the Vermont State Medical Society was passed by the State Legislature on November 6, 1813. The act authorized the physicians of each county to form their own local associations, which were to meet semi-annually and elect three members to serve as delegates to the State Society. The first organizational meeting of the State Society was held in Montpelier on July 7, 1814. From then on, regular meetings were held until 1828. There was then a lapse until 1841, when the organization reactivated and has continued without interruption from then until now. The Vermont State Medical Society was renamed the Vermont Medical Society in 1996 and began accepting physician assistant members in 2016. The Society’s record of service to the State has withstood the test of time and continues to serve as a rallying point for the men and women of the medical profession.

To read more about the Society’s early days, click here.

The beginning of the first Vermont State Medical Society 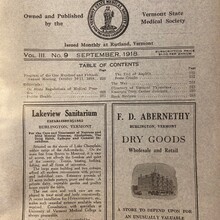 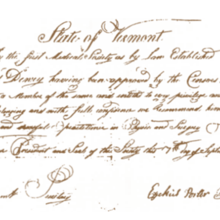 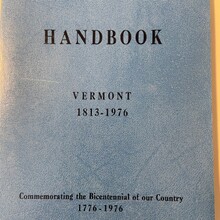 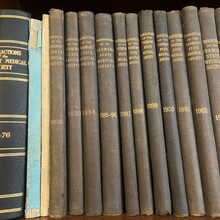 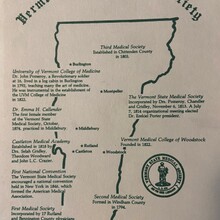 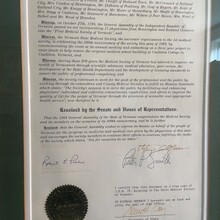 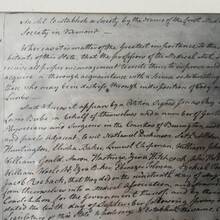